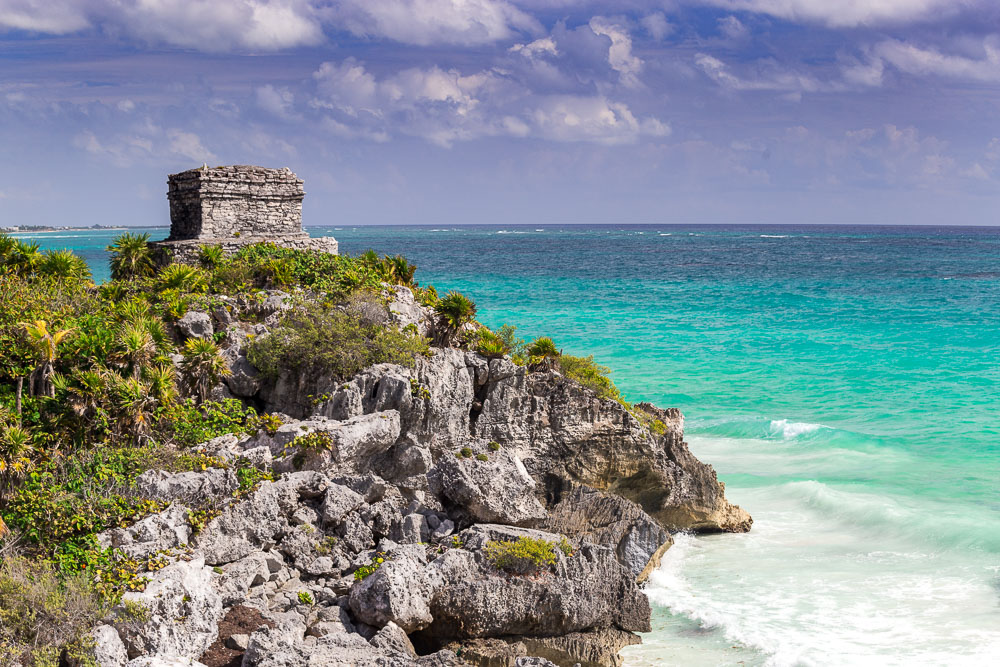 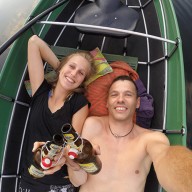 After the kayaking tour we're glad to found ...

After the kayaking tour we're glad to found this relaxing place.

Swipe between Julias drawing and the original photo - do you have a favorite?

Just arrived in the Central Balkan nationalpark. Found a nice and quiet place to stay and now start exploring...

Another nice memory from our time in eastern ...

Another nice memory from our time in eastern Anatolia - sunset over the misty mountain range of Agri. Such scenic moments or in example the glittering light reflections in a wavy sea just before the sun is touching the endless horizon are probably the most stunning kind of sunsets we experienced during all our travels.

Where are your favorite sunset/sunrise spots?

Approaching the Danube delta is not the easiest ...

Approaching the Danube delta is not the easiest task at all...
But once getting there it's a perfect place to start with the Kanu to explore the delta

Spotting a bear in its natural habitat is ...

Spotting a bear in its natural habitat is impressive and formidable at the same time.
#respectwildlife
With up to 6000 brown bears Romanias huge Carpathian mountain and forest range is home of the biggest population in Europe - @romaniamagnifica

What a beautiful mountain range - here we ...

What a beautiful mountain range - here we approaching the west summit (4001m) of Mt. #aragats.

Memories to a fantastic hike adventure last October around the #sevenrilalakes in #bulgaria.

The big catch!
I saw how the egret picked up ...

The big catch!
I saw how the egret picked up something in the water, but couldn't see what it was. Suddenly he took wing and flew away with this huge snake - still not sure if this catch wasn't a bit too big for him.
Amazing moment in the Danube delta.

Trekking in the Caucasus mountains of Svaneti.
...

Trekking in the Caucasus mountains of Svaneti.
Its definitely worth it to take the tent and set it high up in the mountains and also get up early in the morning at 3:30 am to see such an amazing sunrise over the #tetnuldi and #shkhara peaks.

Moments of the #kazbeki climb. There was quite a ...

Moments of the #kazbeki climb. There was quite a bit of gear to pack and carry up to the camp near Meteo station at 3600m.

We actually planned to spend 4-5 days on the mountain. First day to the camp, a rest day to acclimatize, the summit day and another day to hike back and one day in addition if the weather forecast may change...

So including food and gear, the backpacks weight 16kg (Julia) and 19kg (Mark). Yes, it felt a bit uncomfortable at first, as we were not used to the heavy load, but we kept going up the 9km and 1500 meters elevation gain - tent was set in the early afternoon after 5 hours hiking.

We felt still good and strong and didn't feel the legs a lot - much better than expected. We discussed about the following day as it was planned to rest and acclimatize and finally skipped that plan. We both felt confident enough to give Mt Kazbeg a try the next morning.

Alarm was set to 2am and after a 'romantic' breakfast and packing stuff in the cone of the headlight we left the camp around 3:30. We felt a bit late, as all others were gone already. First parties already around midnight. Puhhhh...

We could see the moving lights far away and some more close and followed (better saying stumbled) the path through the rocks upwards. Surprisingly we could catch up quite quick and left some of the groups behind us. Overtaking a group of walking people on a steep, small rocky and partly snow-covered path is always a problem and in the dark it's even more a nightmare. But on the other hand, walking much slower as you could just to follow is even worse...

At 4200m we decided to rope up and wear crampons while others still continued without. We felt right, as there were already some small open crevasses and we doubt that as further we would go without, it would be too risky on the one hand and too windy at the other. We were right - 30 minutes till one hour later we passed almost all of the guided tours near the saddle at 4500 while trying to rope up in really worse wind....

READ THE FULL STORY IN THE COMMENTS!

After almost 2 months excellent #climbing in ...

After almost 2 months excellent #climbing in #leonidio, we moved on to #manikia to check out the crags there. By no doubt, this spot will develop within the next few years more and more and become maybe the same reputation as it's big brother down on Peloponnese.

Perfect view over a perfect climbing spot here in ...

Perfect view over a perfect climbing spot here in Wraza / Bulgaria. Spent a few days there last October but definitely not enough time.

October 2021 - once in Bulgaria, a visit of the legendary Rila monastery is a must. Promised, you won't regret the visit in neither way. We spend two nights nearby to get the chance to visit the 1000 old monastery early in the morning and late afternoon to avoid the growds.
Magnifying UNESCO world heritage site.

Kayaking Dunajec river through the wild nature of ...

Kayaking Dunajec river through the wild nature of Pieniny Nationalpark near the Polish-Slovakian border.

Approaching the lonely #kolkhetinationalpark. The ...

A couple of days ago we could enjoy once more the ...

A couple of days ago we could enjoy once more the stunning view to the legendary #ararat mountain. And this was as we like it most: in the middle of nowhere, far off from any indicaded places from park4night or iOverlander and without telephone signal coverage. It's commonly known as #digitaldetox but for us it's so much more.
It's our real life, it's all we ever wanted and all we need.
And, of course, we are proud to share moments like this, but we are also happy that there is no need to do this always instant.